Rosellas (genus Platycercus) can be found in the wild in various countries around the world, but are most commonly found in Australia. They tend to remain near the coast, inhabiting coastal plains and mountain regions, but can also be found in city parks and in the gardens of local residents. This beautiful and colorful parrot has also become popular as a pet bird, and there are a few facts and care requirements that future pet owners should be aware of before they decide to take on a Rosella as a new member of the household.

Rosellas (genus Platycercus) can be found in the wild in various countries around the world, but are most commonly found in Australia. They tend to remain near the coast, inhabiting coastal plains and mountain regions, but can also be found in city parks and in the gardens of local residents. This beautiful and colorful parrot has also become popular as a pet bird, and there are a few facts and care requirements that future pet owners should be aware of before they decide to take on a Rosella as a new member of the household.

Growing to approximately thirty centimeters in size, Rosellas are one of the smaller parrot species. They are divided into two general groups, namely the white cheek and blue cheek group. Within these groups are various different Rosellas, such as the Tasmanian Eastern Rosella and the Golden Mantled Rosella that fall under the white cheek group, while the Crimson Rosella and the Adelaide Rosella are in the blue cheek group. They make wonderful pets as they have a lifespan of more than twenty years. Housing a Rosella in a metal cage or aviary is advisable, as they enjoy chewing on timber and wood. Cages and aviaries should also be large enough so the Rosellas are able to fly and get a certain amount of exercise. They do enjoy human companionship but need a little freedom to enjoy a fulfilled life. A small bath is also recommended, as Rosellas enjoy bathing and playing in the water.

These magnificent birds have a wide variety of dietary needs, so owners should be vigilant in offering their Rosellas more than just the usual mix of grey striped sunflower seeds, canary seeds and hulled oats. Rosellas also eat seeding grasses, berries, fruit and nectar, which are essential to their wellbeing. Breeding pairs should be kept on their own, as this will prevent the production of hybrids and birds should only be allowed to breed when they are between eighteen to twenty-four months old. Breeding pairs have been known to raise young until the age of ten years old. Over and above being spectacularly beautiful, Rosellas are very rewarding birds to have as pets. They are colorful companions and make wonderful additions to the family.

Rosellas Info … Index of Rosella Types … Pictures of the Different Rosella Species for IdentificationThe (Platycercus venustus) – also referred to as or – is located in Western, North-western and Northern Australia, and surrounding islands. Its array consists of the Gulf of Carpentaria, with Arnhem Land to the Kimberleys in open savannah nation.

Chili was explained by Mathews in 1910, nevertheless is not felt to be valid. This Rosella is usually found solitarily or in pairs. This unusually colored rosella has dark brown and also white cheeks comparable to its relatives the Pale-headed Rosella and the Eastern Rosella. At 11 – 11. 2 ins or 28 centimeters long, it is smaller sized than the Western Rosella. 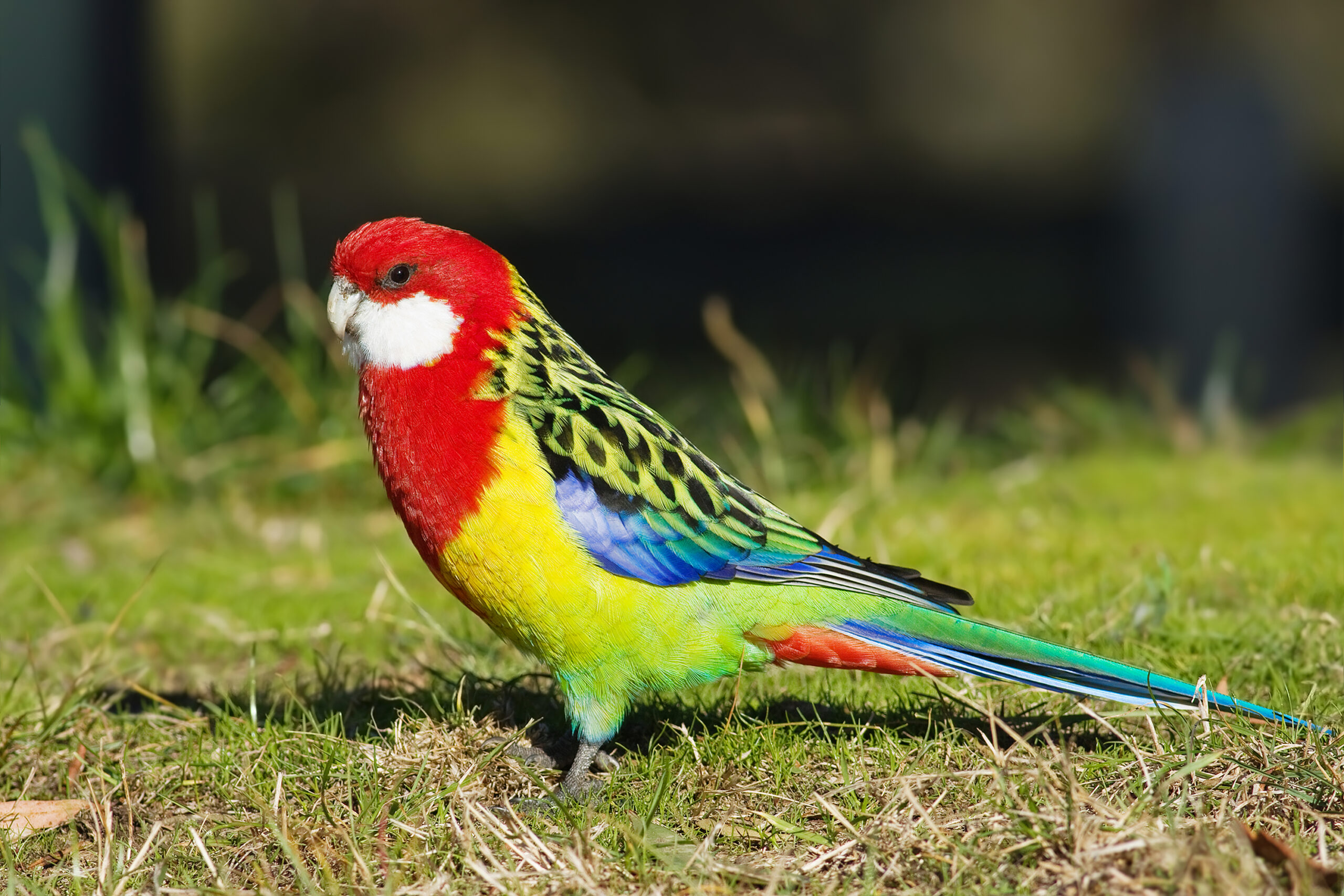 The back and also wing plumes are blackish with yellow borders, while the plumes of the belly, chest, as well as rump, are pale yellow with black borders providing rise to a scalloped look. The lengthy tail is bluish-green. The bill is pale grey as well as the iris dark. resembles adult however duller.

At that time they additionally become sexually fully grown. In their all-natural environment, they mainly feed on lawn and tree seeds (including grown seeds that dropped to the flooring and also were revealed to humidity), along with a range of fruits, berries, flowers and also nectar. Additionally, they take bugs in their larvae – specifically during the breeding period, when they require more healthy protein in their diet.

What Does Rubino Rosella — Steemit Do?

An excellent Rosella diet plan needs to contain canary seed, a mix of millets, sunflower as well as safflower. Many people will certainly use a They additionally enjoy such as apples, blackberries, oranges, cucumbers, pleasant potato and mango. Kale, the boiled egg can additionally be used. I discover that our Crimson Rosellas often tend to value fresh foods while the Golden Mantles will take little bits and also pieces leaving leftovers.

as the sprouting modifications and enhances the nutritional high quality and also the value of seeds and also grains. Sprouted seeds are lower in fat, as the procedure of growing makes use of the fat in the seed to start the expanding process – hence decreasing the fat stored in the seeds. by adding a nutritious supply of high vegetable healthy proteins, vitamins, minerals, enzymes, as well as chlorophyll.

Sprouted seeds also work as a wonderful rearing as well as discouraging food as the softened shell is much easier to break by chicks as well as gets them utilized to the texture of seeds. They likewise enjoy fresh fruits and veggies such as apples, blackberries, oranges, cucumbers, sweet potato and mango. Kale, the steamed egg can likewise be provided. 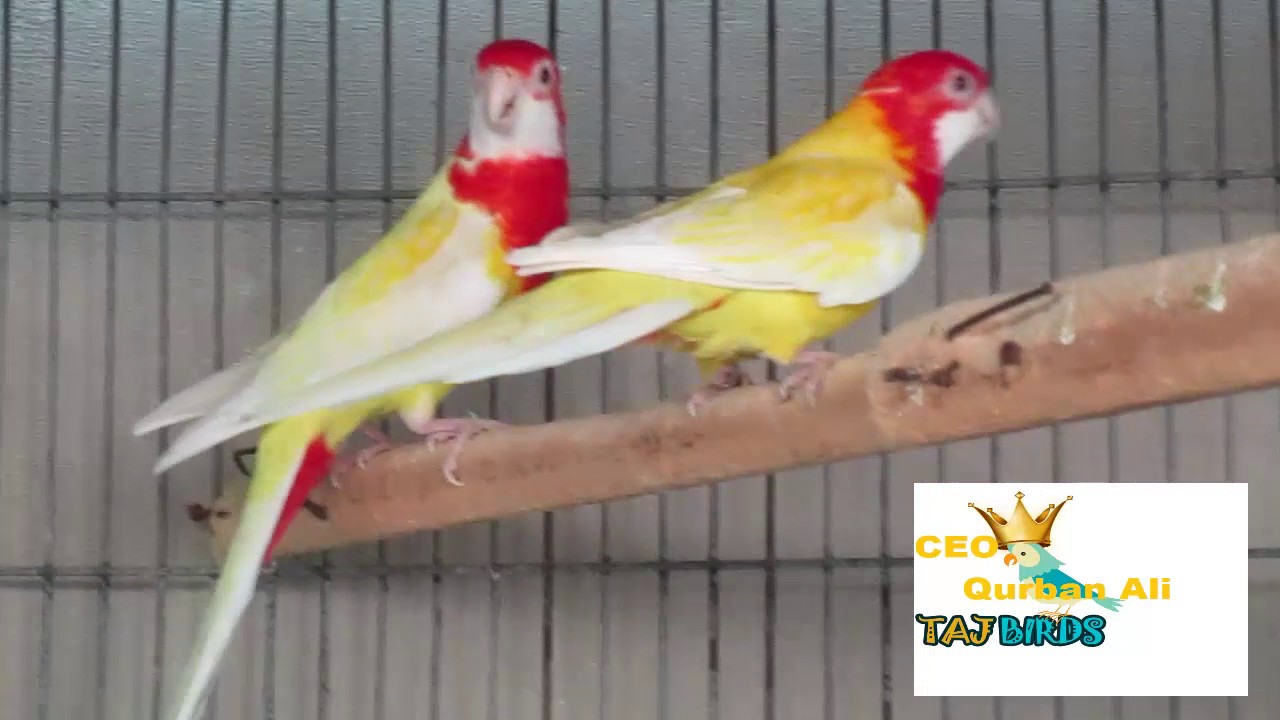 Northern birds generally reproduce between September – January, while those discovered in the southern areas, mainly type between February to June. In the north parts of the USA, they primarily breed from April via September; in the southern U.S.A., they might reproduce throughout the year. The dating male will bow forward short on the perch while sounding out the breeding calls.

This is typically followed by mutual feeding and also after that the actual act of mating. Wild Rosellas typically nest near water, in the cavities of either dead or living trees, generally in eucalypts, or hollow stumps and articles (rosella birds). The nesting cavity is typically over 3 feet (1 m) deep and located up to 100 feet (30 m) over the ground.

The lady alone nurtures the eggs while the male feeds her and also assists in giving food for the young. In the wild, they generally generate 1 – 2 broods a season. Rosellas are typically noisy, except when feeding, which is generally carried out in silence. When roosting in groups, soft babbling or high pitched quick ‘pi-pi-pi-pi-pi’ contact phone calls can listen to Rozella birds. 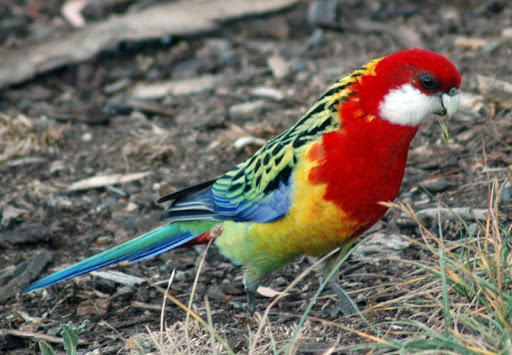 In-flight, they make ‘kwik, kwik’ vocalizations. Rosellas are not known for much talking ability yet they can mimic whistles as well as tunes. Though they do not have a real song they do have a number of harmonic calls. Similar to a louder Red Rump, it is far more pleasant than the shrill and rough sounds of Conures, Cockatoos or Macaws.

They might end up being nippy also, otherwise well mingled. They are not amongst the very best talkers. Parrots typically present challenges, such as too much howling or eating – particularly at specific stages in their life. They do find their beaks as a method of “disciplining us” once they are out of the “infant phase” and they can normally be somewhat naughty, and it really is essential to learn to comprehend them and also to direct their behavior prior to an unwanted behavior has actually been established.

The Easters Rosella (Platycercus Eximius) In New Zealand – The Facts

They regard anything in your house as a “plaything” that can be discovered and also chewed on; destroying items that you may love or are merely important. Also, a young bird that has not been overlooked and also abused requires correct guidance; this becomes much more difficult when it entails a rescued bird that might require recovery Rossella birds.